Six days since becoming pet owners and disaster has struck.

My husband went downstairs to make breakfast but is now standing by the bed looking panicky.

“Do you know how the fish tank works?” he asks.

The news is not good. Our fish tank has gone murky and Harry’s new pets, Stripey and Hoover, are struggling.

“I think Stripey is pretty bad,” he said.

“Erm, you probably couldn’t get much worse.”

Before we have a chance to pluck the unfortunate Stripey from the tank, Harry, nine has discovered the scene. All resuscitation efforts focus on Hoover, who is looking lacklustre at the bottom of the tank.

While my husband desperately googles “how to save a fish in a murky tank”, our twins, Alec and Kit, six, hop out of bed, intuitively aware that breakfast time has suddenly got interesting.

Informed of the tragedy they race downstairs with only marginally less enthusiasm than on Christmas Day. Kit wants to see the body, while Alec focuses on the survivor.

“Mummy”, he whispers, “I think Harry needs to think of a new name, doesn’t he? I mean, he’s not really doing much hoovering any more, is he?”

The fish were originally christened Steven and Gerrard, but were downgraded when it became apparent that two goldfish swimming round a small tank could in no way conjure up the magic of a sporting legend.

Despite appearances, considerable research had gone into Stripey and Hoover’s arrival. Their tank had been prepared weeks earlier, the water tested to make sure it was ready for them and all manner of cleaning equipment was waiting to be pressed into action.

Although goldfish feature at the less exciting end of the pet Richter scale, they are at least a step on the ladder, even if they don’t know they’ve got a name or who their owner is.

As a child, I had lots of pets. First was the family hamster, Frisky, who got lost while circumnavigating the lounge and managed to eat his way both into and out of the sofa, then came my very own rabbit Suzie, who I used to take for walks round the garden on a lead, followed by a guinea pig, Gladys, who, thrillingly, had three babies.

Yes, my sister and I would bicker over who had to feed the rabbits and I’m sure my mum ended up doing most of the work, but having pets has always seemed like an essential part of childhood and I was keen for the boys to have that experience too. 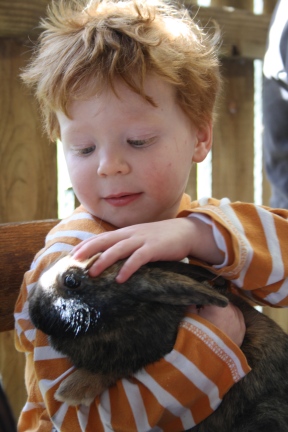 If only we’d stuck to rabbits 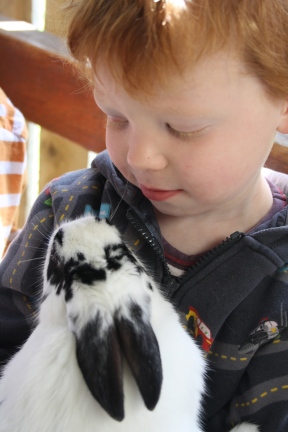 However, as my husband is allergic to cats and I am not a particular fan of dogs, two major pet possibilities were immediately eliminated. Factor in the additional peril of a fox which regularly patrols our garden and suddenly we were down to a choice between a hamster, goldfish and a couple of stick insects.

And so, having opted for the most boring, low maintenance of pets (or so we hoped), here we were less than a week later with one fish belly up and the other well on its way to the exit.

With a tearful Harry packed off to school, I raced down to the petshop and showed them a film of our dismal fish tank. The assistant confirmed our mistake: over feeding. Probably the most basic error in fishkeeping.

I slunk out of the shop guilt-ridden at having crashed so spectacularly into the first hurdle of pet welfare. Back at home, Hoover had given up the fight. Two little parcels of kitchen roll waited sadly by the sink.

Poor Harry. After school we had a small, tearful ceremony of remembrance in the garden. The boys stood reverently by the newly christened “fish tree”. After a while, Kit broke the silence.

“Mummy,” he said, “If we buy some new fish, will Harry have to pay for them with his own money?”

Clearly, on many levels, we are not ready for pets. To the relief of pet shop fish throughout London, our tank remains unoccupied.

My more astute readers may have noticed that not much has been happening on this blog for the last 12 months. This is not because my children have matured into such angels that I no longer have anything to write about, but more to do with the fact that I have written my first book, which has just been published. It is, of course, on my specialist subject, twins. The book, “It’s Twins! Now What?“,  looks at the first year of raising twins, from pregnancy to their first birthday.  It is based on lots of interviews with fellow parents of twins and is designed to be a practical, honest and sometimes humorous companion in that tricky first year. Should you know anyone who might find this useful, please do tell them about it. 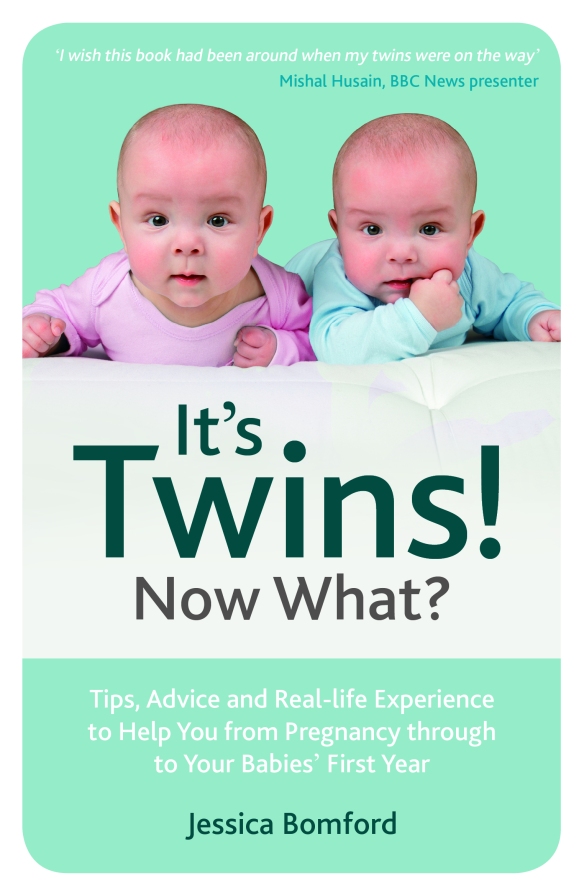